"Living a truly ethical life, putting the needs of others first, and providing for their happiness has tremendous implications for society." -Dalai Lama
"Peace requires the simple but powerful recognition that what we have in common as human beings is more important and crucial than what divides us." -Sargent Shriver

"The physician is the natural attorney of the poor." -Rudolf Virchow

If you have been reading this blog, you know a little about me, but let me recap.  From 2010 to 2012 I had the incredible opportunity to serve in Peace Corps Tanzania.  In December 2012, I returned to the states and started at the University of Oklahoma College of Medicine in the fall of 2013.  Last semester, I joined a group called the Student Global Health Alliance and was approached about leading a trip to Northern Uganda to work in medical clinics specifically catering to victims of the LRA's war. We have an incredible partnership with Saint Monica's, a girls' tailoring school, their leader, Sister Rosemary, and Pros For Africa. This is our 3rd year to visit Saint Monica's, allowing us to build a sustainable program that is best able to target the real needs of the local population.  We are really beginning to get our fundraising efforts going this semester. This year, we are trying to raise money for a medical lab at Saint Monica's, a medical scholarship for a local student, and in-country expenses for the participating students.   For 3 weeks, we will go into clinics scattered across Northern Uganda and learn all we can about the disparities in medicine and how to work with limited resources.  I have attached a newsletter that is able to explain more of our mission.  I am also including a link to learn more about Sister Rosemary, an incredible woman who provides hope for progress in Uganda.  At the very least, I hope you are inspired by her bravery and progressiveness.  You can also check out her book "Sewing Hope" which tells her incredible story.


If you think you are able to give anything, however little, please visit our website.  Or even if you would just like to learn more, take a look!

What is a happenin??

It is so hard to believe that it has been over a year since I was in Tanzania.  It still makes a little part of my heart ache thinking about all of my friends and students still there.  Thankfully, the world is becoming smaller and smaller every year and I have been able to keep up with some of those loved ones!  It seems like yesterday that I was fighting snakes, sweeping dirt, bucket bathing, and drinking Castle Lager with Kathryn, but so much has changed.  When I got back to the states in December, I'm pretty sure I tried to eat America.  Amazingly enough, this did not fair well.  I ended up in the Emergency Room on Christmas Day getting an emergency appendectomy.  It just so happens that my appendix did not like switching from beans and ugali to cheese covered, deep fried, greasy goodness.  After that little stint, I rested in bed for a day and then got on a plane to meet up with my Peace Corps peeps in Chicago.  The entire process of moving back to the states is extremely overwhelming, so it was incredible to hang out with about 20 RPCVs and not worry about sensoring out our weirdness.  After our PC New Years Eve, I headed back to good ol' Oklahoma and moved in with my sister in Stillwater, Ok.  I got a job and tried to settle back into normal life.  Some days were harder than ever.  It was a constant battle between being so incredibly happy being back and constantly overwhelmed and overstimulated.  I hit rock bottom one day in Walmart with my sister.  I was pushing my stupid, wobbly cart down the frozen food section and there were just too many people, options, noise...too much of everything.  I just broke down and started crying.  I left my cart and walked out.  Not saying that every day was that bad.  It is incredible being back around my friends and family.  It just took some getting used to.  I am pretty well adjusted now and back in school at OU College of Medicine.  I still miss Tanzania every day.  Peace Corps gave me so much and changed me for the better. It is so hard to verbalize what I took from my experience. But now, I am moving on my dreams.  I do not regret not extending or finding a job in Tanzania.  I think that by studying medicine, I will be able to affect even greater change in the future.  I already have plans to get back to East Africa.  I am coordinating a trip for a group of medical students to travel to Uganda.  There, I will have the honor of working with Sister Rosemary for a short amount of time.  This incredible woman has made it her life's work to educate girls affected by the war in northern Uganda.


Here is a short clip explaining some of her work:
http://www.youtube.com/watch?v=4j3kLa4k9l0

She also has a documentary coming out!
http://www.sewinghope.com/

"Physicians are the natural attorneys of the poor" -Rudolf Virchow
Posted by Katie at 10:43 PM No comments:

Today is World Malaria Day.  Malaria has a special significance in Tanzania.  Malaria is Tanzania's top killer.  Malaria has an every day presence here: mosquito nets, anti-malarial pills, bug spray.  Not every one is as lucky to have access to such things to protect themselves, though.  I've known too many people that have suffered from malaria.  One of my Form III students last year was hospitalized from cerebral malaria.  It changed him.  He started as one of my top students and after the disease had run it's course, he could not read or write and his personality had changed.  So much of this suffering could be prevented through simple education and behavior change.  Use you net.  Go get tested early.  Take your full prescription of medicine.  Unfortunately, this is not the happening.
To celebrate World Malaria Day at school, we borrowed a projector from a nearby school, and gathered all of the students to watch "Chumo."  This is an educational, yet entertaining, film about malaria that was specifically made for Tanzania.  The kids loved it!  Watching my students watch this movie was like watching people at a live sporting event.  They cheered for the good guy, booed at the bad guy, and laughed at some really weird stuff.  Watching them was entertainment enough for me.  All I can hope is that they took some valuable lessons away and will take measures to protect themselves an their families.

Happy World Malaria Day everyone!
Peace out!
Posted by Katie at 8:19 AM 1 comment:

So I had some very creepy happenings take place in my courtyard today.  There I am, just minding my own business, when this giant black wasp with blue wings and orangey-yellow antennas starts zooming around.  I go in for a better look when the thing lands near me and crawls in to a hole.  This wasp is actually digging a burrow.  Weird, right?  All I could think was "well this was much less creepy on Planet Earth."  I watched for a while.  After the wasp seemed to get the hole cleared out to its satisfaction, it went walking around.  Pretty soon, it found what it was looking for, a giant dead spider.  Now the pictures do not do it justice.  This spider was about twice the size of the wasp.  Well, after the wasp tracked down its kill, it dragged it back to the hole and took it right in.  Then it started doing what I can only assume was laying eggs.  It would vibrate and then put some dirt in, repeat.  Strange.  It did this until the spider was covered.  Well, with my extensive background in zoology (Plant Earth/Discovery channel) and later confirmation on google, I can tell you that the wasp had stung the spider, thus paralyzing it.  It then puts it in the burrow, and buries it with eggs.  Then when the little creepy wasp babies hatch, they have an instant meal.  This my friends, is the Digger Wasp.

The contents of this website are my own and do not reflect the position of the U.S. Government or the Peace Corps.

My home for the next 27 Months 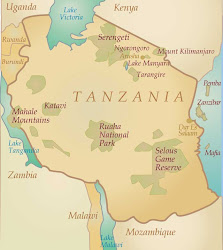 Katie
Newala, Tanzania, Africa
My name is Katie an I am originally from small town Oklahoma. After graduating, I felt the need to take part in something bigger than myself, therefore I joined the Peace Corps. I am now teaching high school Biology and Chemistry in Tanzania.

What I've Read So Far